October 15, 2019
As Vice President of Education, the Reverend Dr. José Irizarry listens to ensure Board University programs meet the needs of those it serves.

Last summer, the Reverend Dr. José Irizarry took a mission trip to Puerto Rico with 10 teenagers from his church. They knew he’d been a university professor and administrator, and on a break from repairing houses, they circled him, wanting how-tos on college life. José describes the trip as “part work, part worship, and part listening.”

Fortunately for the youth from St. John’s Presbyterian Church in Devon, Pennsylvania, José is as practiced at listening, and responding, as he is at being an educator. As Vice President of Education for the Board of Pensions, he ensures that Board University programs, including Presbyterian CREDO, are “not cookie-cutter but responsive to the needs people are expressing to us.”

Board University provides educational programs for active and retired members of the Benefits Plan; their spouses, surviving spouses, and partners; and seminarians in four key areas of wholeness: spiritual, health, financial, and vocational. José joined the Board three years ago to shape and direct an expansion of Board University.

“We are providing more spaces to serve more people, not only physical spaces but virtual spaces,” José said. “In the next three years, we will be exploring how we can reach even more people by further diversifying the venues. Will we be able to offer online courses? Do more workshops in partnership with other agencies? Possibly.”

Having been a student, teacher, and parish minister, José was a natural choice to lead Board University. He holds a bachelor’s degree in philosophy from the University of Puerto Rico, Master of Divinity in ministry studies from McCormick Theology Seminary, and doctorate from Northwestern University in religion, society, and personality sciences. He joined the Board from Villanova University, where he was Associate Professor of Theological and Religious Education, one of several classroom and administration posts he has held in institutions of higher learning.

But there is more to José that made him an ideal choice for the Board of Pensions as it looked to transform how it served the Church through education — creativity excites him. As a young man, José helped start a performing troupe at his home church in Puerto Rico when it was looking for new ways to convey the Gospel and later spent three years in professional theater.

“It’s the sort of creativity that comes out of my passion for art forms,” José said. “This creativity can manifest itself in new things and also in finding more meaning in the things we are doing regularly. Creativity helps you go deeper.” 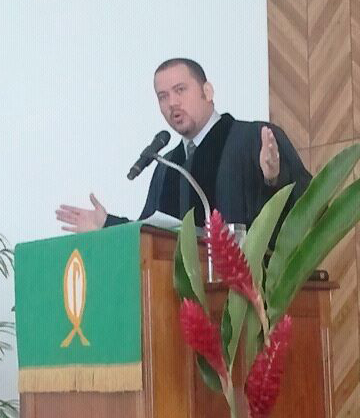 At the same time, José said, “assessment should be at the root of what you do. That’s why we survey people and collect feedback in other ways to help us respond to the needs of those we serve.” For example, when Board University joins with Johnson C. Smith Theological Seminary to provide a CREDO conference for African American ministers this October, it will be shaped by such groundwork. “We really want to be sure we’re not giving a one-size-fits-all CREDO,” José said.

CREDO conferences provide opportunities for ministers to reflect on, and see growth in, the four areas of wholeness. But it’s important to recognize that people of color may experience messages around these areas differently, said José, who has been pointed about diversifying the CREDO faculty as well as the teams of professionals who serve other Board University programs. “We have to engage people in the analysis of their own reality,” he said.

José said a big challenge for the Board University team has been driving home the idea that preparing for retirement is about more than financial stability. It’s about the relationships that will provide support throughout your life, about the ability to transition well, and even about where you will live when you retire. It’s about learning to organize your life in a way that fosters well-being.

Teenagers at St. John’s Presbyterian are likely learning to organize their lives with the help of José, who is among a group of adults who serve as youth advisers. “We’re available to strategize with young people about what their program will look like and join in events, like mission trips. It’s being present for young people.”

José’s own children have been among the youth at St. John’s: son Abayomi, a high school sophomore; son Darien, a college freshman studying art conservation and preservation in Florence, Italy; and daughter Yuyza, a molecular and cellular biology major preparing for graduate school.

At St. John’s, José is helping to cultivate the kind of community he knew as a child. Coming from a long line of Presbyterians, he was preaching by age 15, an elder at 16, and a clerk of session at 18. “My community nurtured that in young people,” he said. “Pastors saw this as part of their call, to nurture leaders.”

Today, José has answered a similar call, both at St. John’s and the Board of Pensions, as he aims to help more people, whatever their age, live their lives more deliberately.